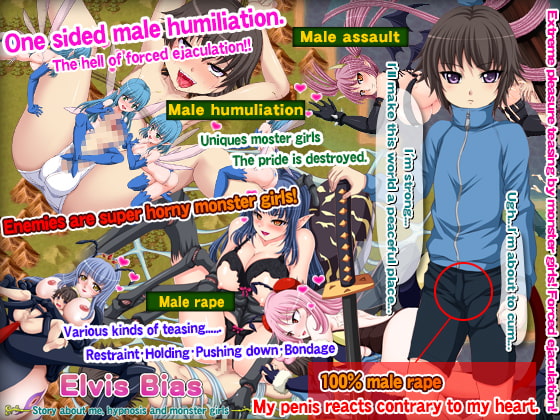 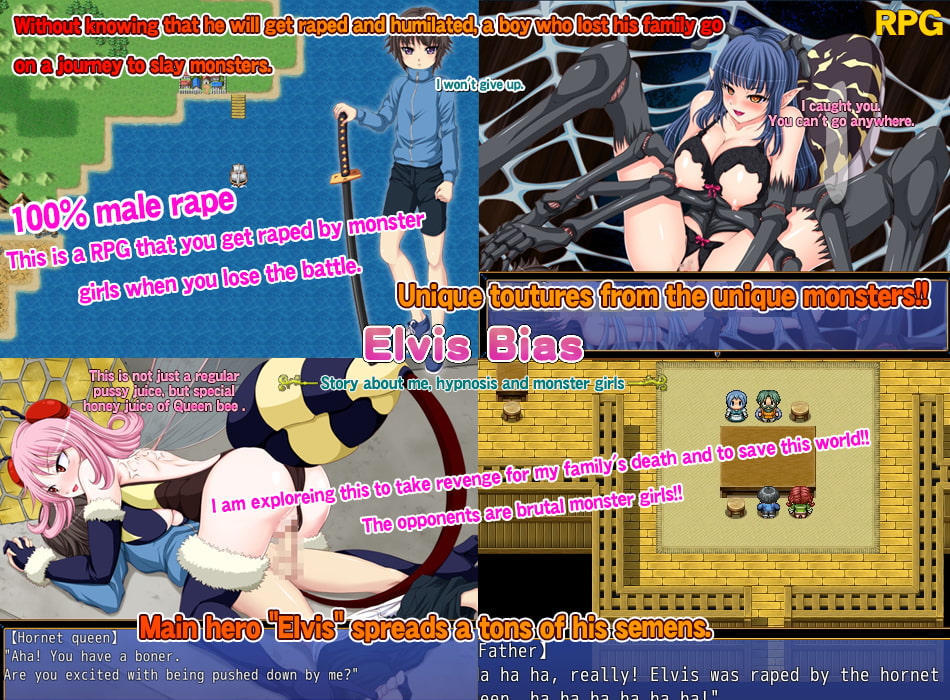 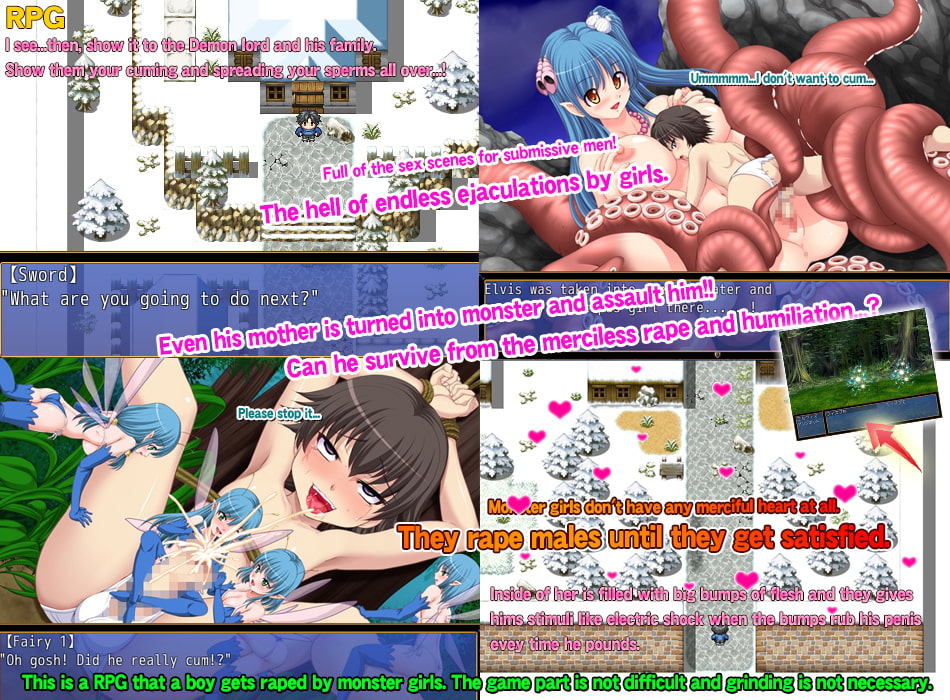 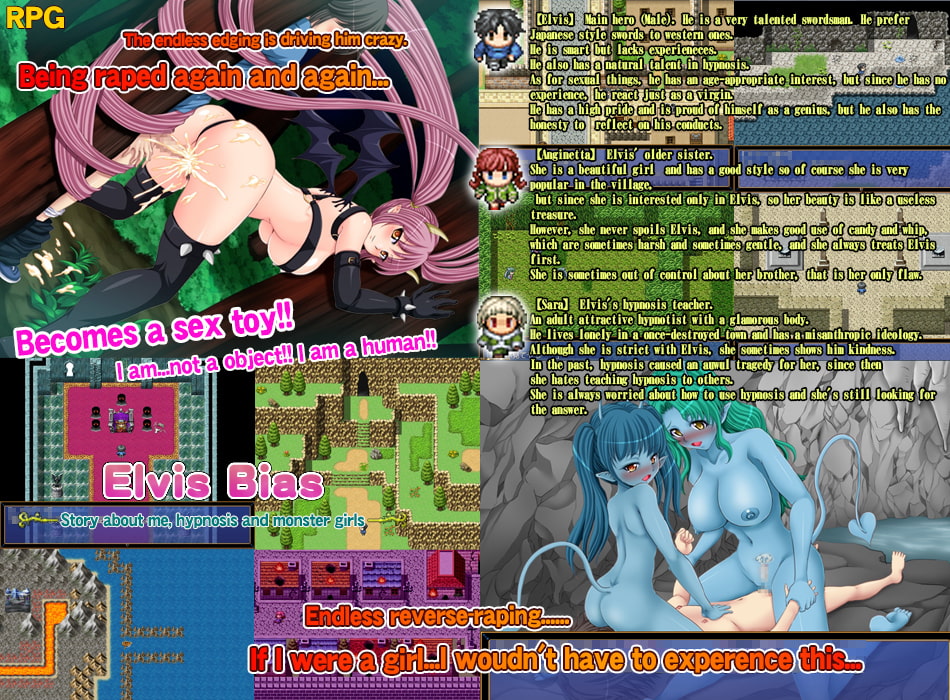 The world that the most of the countries were destroyed by the second Noah’s flood.
All most of the technologies were lost and
the world was filled with monsters (and monster girls)……

Elvis, a boy who is a genius swordsman, had never lost in his village.
However, when he went to exterminate the bee monster, he was completely beaten and raped by the mosnter.
And his is gradually crushed…….

A lot of naughy misfortunes (Pleasure) hit Elvis.
In a series of misfortunes(humiliation, insult, male rape, endless ejaculations),
Elvis meets a hypnosist and becomes her diciple.
After overcoming rigorous training(a number of male insults…..), Elvis
who became a hypnosist, vows to use hypnosis to save people.

Eventually, he met the Demon lord who also mastered hypnosis, and they have a hypnotic battle…..
The fate of the two who tries to change the world with hypnosis is……

[Elvis]
Main hero (Male). He is a very talented swordsman. He prefer Japanese style swords to western ones.
He is smart but lacks experieneces.
He also has a natural talent in hypnosis.
As for sexual things, he has an age-appropriate interest, but since he has no experience, he react just as a virgin.
He has a high pride and is proud of himself as a genius, but he also has the honesty toreflect on his conducts.

[Anginetta]
Elvis’ older sister.
She is a beautiful girland has a good style so of course she is very popular in the village,
but since she is interested only in Elvis, so her beauty is like a useless treasure.
However, she never spoils Elvis, and she makes good use of candy and whip,
which are sometimes harsh and sometimes gentle, and she always treats Elvis first.
She is sometimes out of control about her brother, that is her only flaw.

[Sara]
Elvis’s hypnosis teacher.
An adult attractive hypnotist with a glamorous body.
He lives lonely in a once-destroyed town and has a misanthropic ideology.
Although she is strict with Elvis, she sometimes shows him kindness.
In the past, hypnosis caused an auwul tragedy for her, since then
she hates teaching hypnosis to others.
She is always worried about how to use hypnosis and she’s still looking for the answer.

This is a male rape RPG that a man is raped by moster girls.
Insult, male rape, bondage male rape, humiliation, word teasing by monster girls…
They insult a boy in a fierce situatiuon!

Even if he cry or scream, monster girls won’t stop insulting him until they get satisfied.
There is also a male rape situation in which the mother turns into a monster.
Can he bear theendless ejaculation hell….or, collapse……

The game part is not difficult and grinding is not necessary.
This is a multi-ending game.